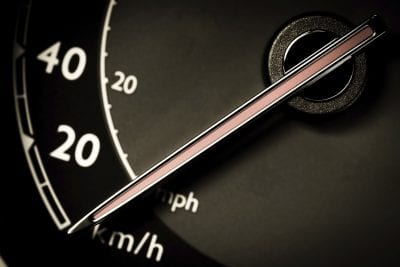 The oil prices, mainly due to increased output from North American fracking, has dropped significantly in the past few months. Oil affects just about every industry in the US economy, especially freight transportation.

How the drop in oil prices affects truck, rail, ocean and air transportation?

Truck companies will benefit from falling oil prices because cheaper fuel reduces fuel surcharges which creates savings for the carrier and its customers. Reduced costs will drive higher freight volumes and more reliable business. According to a survey from the Journal of Commerce, in 2014, shippers started to move freight from intermodal services to trucks, not the other way around, for the first time in five years.

Less expensive oil also means trucking companies can streamline operations around demand as opposed to fuel efficiency. For example, carriers can increase the size of their fleet by putting their older, less fuel-efficient trucks back on the road.

Even though about 20% of rail operating costs are fuel, the drop in oil prices will mainly hurt business for rail companies. Typically, rail is considerably cheaper than shipping over-the-road (OTR), but when fuel prices drop, the gap between rail and truck pricing shrinks, causing shippers to reevaluate the benefits of each mode. Many shippers choose to switch rail freight to trucks because the only slightly higher price is worth it for the increased speed.

Oil companies usually ship by rail because it is low-priced, plus large quantities can be shipped at once. But, the lower price of oil may soon disrupt production, which will reduce the amount of oil being shipped over the rail – another way freight volume is taken away from rail transport.

The only bright side for rail transport is that truck capacity may prevent OTR shipping costs from declining too much. In this case, rail transport would still be a profitable and productive choice for shippers.

In the short-term, ocean carriers will benefit from cheaper fuel prices because they will see higher margins and lower operating costs.

What will change significantly is the variety of services and vessels an ocean carrier offers.  Larger, slower boats are more fuel-efficient; these were deployed in high numbers during 2008 when the price of oil spiked. Now, ocean carriers may deploy smaller, faster boats to add service options and value to customers. This will increase the popularity of ocean shipping as its main disadvantage is slow transit time.

Out of all the transportation modes, air transport has the most to gain from declining oil prices. Approximately 40% of an air carrier’s operating costs are spent on fuel. Airlines, just like trucking companies, may take advantage of older, less fuel-efficient equipment to expand the fleet size and provide better service to customers.

But, the price of shipping cargo by air may not drop significantly. In the past few years, many airlines tried to protect themselves from volatile oil prices by locking up long-term hedging contracts at prices of $100/barrel or more. As oil plummets, the hedges result in major loss. On top of this, the price of oil has been rising for almost a decade before the recent fall. This has cut into the profit margin of airlines. Now that the price of oil has dropped, airlines are in desperate need to widen their margins.