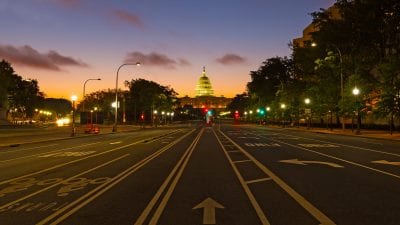 A long-term funding plan to modernize America’s infrastructure has been extensively talked about in political circles. This election, it’s not different.

A recent CBS article says that Donald Trump and Hillary Clinton agree on this topic; that roads, bridges, airports and other US structural assets are in bad condition. Both Trump and Clinton argue that the country’s rundown roads, bridges, and airports need rebuilding. And, both candidates say infrastructure programs will create new jobs.

Clinton’s idea is a five-year plan that calls for about $300 billion in direct spending on roads and bridges and another $25 billion for an infrastructure bank. She plans to pay for the plan from corporate tax reform, including a chance for companies to banish overseas profits. Trump wants to spend $1 trillion on a variety of infrastructure projects over 10 years if elected. According to Yahoo Finance, $167 billion of the $1 trillion investment would be equity investment, while the rest would be raised by private partners.

“It’s a logical area for common ground,” Sen. Tom Carper said. He continues that a candid assessment of US infrastructure shows that there’s an argument for investing heavily in the country’s transportation system.

According to an October Transport Topics article, multiple transportation groups wrote to the presidential nominees, desperate to secure money. The Highway Trust Fund explained to the parties that an infrastructure package needs to include sustainable revenue to guarantee a permanent solution, and additional revenue sources must be long-term, reliable and dedicated to supporting an infrastructure proposal.

This CNBC article reminds voters that Congress has to agree to go along with the kind of immense new spending the presidential candidates are calling for. The new administration will need Congress’ help in achieving long-term funding goals for the transportation structure. Current budgets for infrastructure are stretched thin. A lot of money is spent on keeping the existing infrastructure operating as smoothly as possible.

Over the next decade, the American Society of Civil Engineers estimates it would cost more than $3.3 trillion to keep up with repairs and replacements, but based on current funding levels, the nation will come up more than $1.4 trillion short, the group says. When projected to 2040, the shortfall is expected to top $5 trillion, unless new funds are allocated.