Home » Blog » What Will the State of the Oil and Gas Industry Be After Coronavirus?

What Will the State of the Oil and Gas Industry Be After Coronavirus? 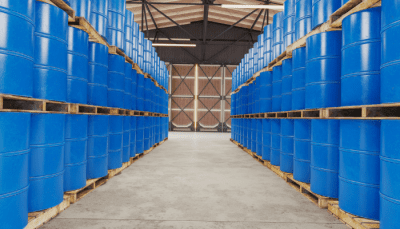 The oil industry was one of the most severely hurt industries during the coronavirus pandemic. On April 20, oil prices went negative for the first time in the history of the oil market, peaking at -$37.60 per barrel. For comparison, at the start of the year, an oil barrel costs $60. Such a bizarre drop was caused by a huge discrepancy between oil supply and demand. Worldwide lock-downs, drastic air flight shortages, and fewer commuters resulted in a sharp fall in fuel demand.

the oil industry, showing how vulnerable it can be. Even when the stock market has slightly recovered, investors are still aggressively selling oil stocks. Combined with a 30% fall in demand, the whole oil market came to a sudden breakdown.

While small improvements have been seen, it is quite uncertain when the oil demand will recover to its normal level. Right now, many countries, the U.S. in particular, started to loosen lock-down measures, with some industries slowly returning to a normal pace. However, “normal” isn’t coming anytime soon.

The main problem for oil companies is that there is too much excess oil, and no place to store it. Roughly, 85% of oil storage is full now, and some production companies even have to destroy the product. Hundreds of oil companies are expected to file for bankruptcy. Many industry experts claim that years of overproduction combined with collapsed demand will result in years of recovering, and low oil prices.

Many of the large market players have abruptly shut down fields and wells, declaring the situation as “out of the norm” and “force majeure.” Countries-members of OPEC are also forced to cut outputs for the first time in a while. As June contracts are coming due, the issue continues to hurt the market.

As for what is going to happen with overstock, there are different approaches. Once onshore storage is completely filled, some companies are going to stash oil to deliver it later at a higher price. Some countries, like Russia, are planning to burn excess oil to get by. It is quite uncertain when and how the market will recover, but it surely won’t happen soon.