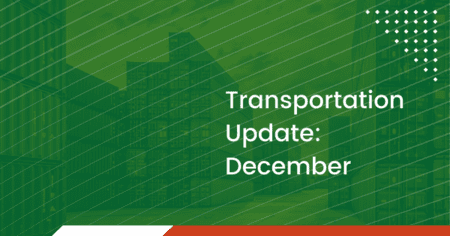 On December 2, following months of negotiations, strike threats, and federal mediators, President Biden signed a bill into law ending a proposed rail strike that would have crippled the U.S. economy.

The White House had aided negotiations for months leading to a tentative agreement in September between union leaders and rail management. All but four rail unions accepted that agreement, but the sticking point of paid sick days led the remaining unions, which represent most workers, to reject the proposal and threaten to strike. A strike would have cost the U.S. economy $2 billion per day. Everything from consumer goods to chemical and raw material production would have been affected.

“Our nation’s rail system is literally the backbone of our supply chain,” President Biden said on December 2. “So much of what we rely on is delivered on rail, from clean water to food and gas and every other good. A rail shutdown would have devastated our economy. Without freight rail, many of our industries would have literally shut down.”

Using the Railway Labor Act, which gives them the right to end rail strikes, Congress acted quickly and with bipartisan support. The imposed labor agreement is the same one that the White House helped negotiate in September. The House of Representatives attempted to include sick days in the agreement, but that measure did not pass in the Senate.

Although the deal has faced criticism, especially from unions, it provides railroad workers with a 24% pay raise over four years.

Read more about the effects of the U.S. railroad agreement.

The potential railroad strike had also threatened to halt the falling diesel and gasoline markets. After Congress voted on the agreement to resolve the issue, fuel prices continued to fall.

The average weekly retail diesel price fell 9.2 cents per gallon to $5.141, the largest one-week drop since falling 14.5 cents on August 8. This continues the latest trends as fuel prices fell in four of the previous five weeks, 20 cents overall.

See the rest of the diesel fuel numbers and how it is affecting markets.

The Senate’s highway policy committee easily approved Shailen Bhatt. Bhatt comes with experience both in the Colorada Department of Transportation and the Intelligent Transportation Society of America.

“Mr. Bhatt brings with him an almost perfect résumé for this position,” Committee Chairman Tom Carper (D-Del.) said in a statement. “In addition to leading both the Delaware and Colorado departments of transportation, Mr. Bhatt also has substantial previous experience at the Federal Highway Administration, along with involvement in the private sector and work at nonprofit transportation advocacy organizations. I am confident that Mr. Bhatt will bring the same level of outstanding leadership to the Federal Highway Administration that he has demonstrated throughout his career.”

Bhatt’s task is to manage an agency central to the disbursement of funds approved in the $1 trillion Infrastructure Investment and Jobs Act. The bipartisan infrastructure law, enacted in 2021, dedicates more than $500 billion to transportation-centric projects and operations.

With nearly 43,000 truck fatalities in 2021, highway safety will become a crucial part of improvement, Bhatt has stated.

Learn more about Shailen Bhatt and the Infrastructure Investment and Jobs Act.

The Federal Motor Carrier Safety Administration (FMCSA) has issued interim guidance to help clarify the definitions of brokers, bona fide agents, and the role of dispatch services in the supply chain.

The guidance, announced by the agency on November 16 in a Federal Register notice, came in response due to a mandate within the 2021 Infrastructure Investment and Jobs Act.

“Ultimately, the analysis of whether a person or entity requires broker authority is often highly fact-specific and must be made on a case-by-case basis” is one clear statement in the guidance which will have to be carefully taken into consideration when illegal brokerage activities are discovered or brought into question.