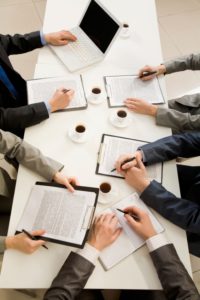 The Federal Motor Carrier Safety Administration’s (FMCSA) hours of service (HOS) rules have been controversial and complicated. A lot of talk has surrounded the HOS regulations, and whether they will become a rule again or not is up in the air. However, it appears the HOS rules have been dealt a decisive blow.

Truck drivers and carriers said the rules were unnecessary and costly. FMCSA and safety advocates said the HOS rules were a step in the right direction for highway safety. Neither side has been able to factually prove their point yet.

As a reminder, the 34-hour restart provision was the most controversial part of the 2013 HOS update. The 2 main components of this provision are:

Since the initial implementation of these provisions, the rules were highly contested and eventually suspended for further study. The 34-hour restart rule has been suspended until the FMCSA submits the CMV Driver Restart Study to Congress.

The FMCSA, who created the regulations, was tasked with conducting a study to prove the effectiveness of the rules. The study was supposed to be complete by September 2015, and originally there were no clear consequences of the study. In the original congressional mandate, there was no language tying the results of the study to the suspension of the HOS rules.

However, Congress has now amended this language and made the study much more complicated.

Congress stated that the study must “demonstrate statistically significant improvement in all outcomes related to safety, operator fatigue, driver health and longevity, and work schedules, in comparison to commercial motor vehicle drivers who operated under the restart provisions in effect on June 30, 2013.”

The study uses data collected from:

The 34-hour restart provision was only in effect for 18 months, limiting the FMCSA’s data sample. With this type of study, it is extremely difficult to exclude certain variables, such as weather, the economy and the state of infrastructure. Even with full access to heavy duty vehicle crash rates, it’s nearly impossible to tell what crashes were caused by fatigue if it wasn’t reported that way.

It was already extremely difficult to prove the effectiveness of the HOS rules, but now it’s even harder. A 34-hour restart period would very likely improve operator fatigue, but would it also improve drivers’ work schedules? What about their health and longevity? And, most importantly, does this restart period really improve safety on the roads?

The FMCSA is searching for these answers, and they must prove that the restart period improves them all.

Read these posts to learn more: