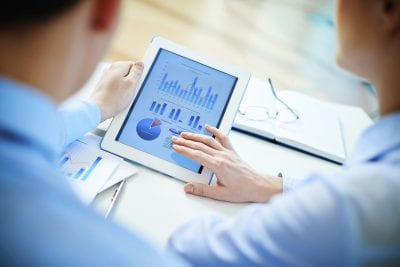 Advances in transportation and telecommunications technology have contributed to the growth of international trade. The United States imports and exports more merchandise than any other country making it the world’s largest trading nation. The US trades with nearly 200 countries worldwide. Trade encourages economic efficiency by providing an assortment of goods at lower, competitive costs.

Our nation’s freight transportation system has shaped and been shaped by the increase and change of demands of international trade. The expansion in trade has been accompanied by changes in security, economies and freight modes.

The North American Free Trade Agreement (NAFTA) reduced trade barriers among the United States, Mexico, and Canada. Trade among the 3 countries soared between 1994 and 2001 and the value of US-NAFTA trade increased by 79%, growing at an average annual rate of 9%. Nearly 2/3 of the value of overall US-NAFTA merchandise trade in 2001 was moved by trucks.

The terrorist attacks of September 11th reduced economic activity and there was a shift in focus on the vulnerability of the US transportation system. All modes were affected by 9/11, but air cargo saw the largest decline in freight activity, followed by truck, maritime and rail. There were significant security measures taken at all borders and ports which increased the costs of trade. Canada, for example, saw disruption and decline in trade volumes during 2001 and 2002. In 2001, the US transportation system carried merchandise exports worth $731 billion and merchandise imports valued at $1.1 trillion. More than 1.6 billion tons of intermodal merchandise moved to and from the US in 2001, accounting for 10% of the 16 billion tons of freight moved on the nation’s transport system. In 2001, the top US seaport for international merchandise trade by weight was Houston, handling over 130 million short tons of commodities.

In 2011, a decade after the 9/11 attacks, the volume of US exports is 40% higher and imports are 27% higher. Today, shippers have concerns about macroeconomic trends at a global level. The World Trade Organization’s global volume forecast represents a rise from 2.8% in 2015 to 4% in 2016. The long-term outlook for the industry is positive. US imports represent 12.3% of global imports. North American trade partners supplied 26% of import sales to the US. America exported $122.8 billion of goods in July 2016, $2.9 billion more than June exports. The US imported $182.1 billion of goods in July 2016, over $2 billion less than June imports.