With Christmas right around the corner, thousands of boys and girls are preparing their letters to Santa all over the world, patiently waiting for Christmas day. Each year, children wake up and spring out of bed, with the realization that Santa has finally come. Running to their Christmas trees, only to be amazed each year by the gifts underneath. This expectation must be satisfied on time for each kid worldwide because the delivery of happiness can't wait on Christmas, right?

There is only one who is the greatest of all time with his overnight deliveries in the realm of logistics—the only one who has the most significant number of deliveries in one day. Only one with an enormous amount of pressure on his shoulders each year, yet he exceeds everyone's expectations year after year. Around the world, he is known as Saint Nicholas, Saint Nick, Father Christmas, or Kris Kringle, but most of us call him Santa Claus. But how does he do it? How does he deliver all the Christmas gifts to every good boy and girl worldwide, overnight? Let's take a closer look to see how it's done.

First, let's look at Santa's data to have a better understanding of the amount of work he must do every year around Christmas time:

Is Santa the only one?

Even though Santa is known for all those deliveries on his red sleigh with his eight magical reindeer, it's not just Santa. Like everyone else in the logistics world, Santa relies on an elite team to get the job done. Santa has a group of elves who build all the toys and pack them into Santa's flying sled. He also has international partners like Dedt Moroz from Russia, Julenisse from Norway, Hoteiosho from Japan, Noel Baba from Turkey, etc. But, most importantly, he has his wife, Mrs. Claus, and nothing would get done without her!

Now let's say each child was good this year, and each gift weighed about 1kg. Therefore, this means Santa must transport over 600 million tons of presents. Now that's a ton! Now that we discovered the number of people waiting for Santa and the weight he must deliver, let's get into the logistic specifics.

How does Santa track all his helpers?

Santa and his helpers have teamed up with a third-party logistics (3PL) provider, called PLS Logistics Services. By teaming up with PLS, they all have access to use our state of the art, Transportation Management Systems (TMS) to see real-time, tangible information. As a result, he can analyze and identify problems and solutions to help keep everyone on track by Christmas morning! TMS typically documents data for:

Can you believe how complex Santa's supply chain is? We can't either, and once we looked at the data specifics, we were even more amazed! Our best of luck to Santa and all his little helpers this year!

As a genuinely committed shipping provider, we hope to help your business handle all your transportation not only during this holiday season but throughout the entire year. So, contact us today for a free transportation cost analysis.

And from all of us at PLS Logistics Services, we wish you all a safe and happy holiday! 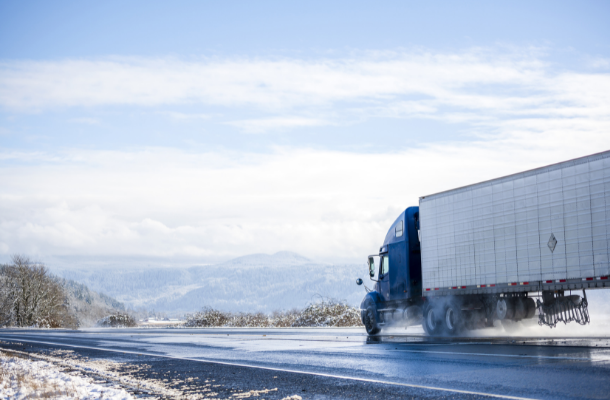