Home » Blog » FAST Act will not be Fast Enough for U.S. Infrastructure

FAST Act will not be Fast Enough for U.S. Infrastructure 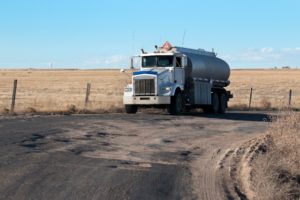 For decades, U.S. infrastructure has been supported by last-second, short-term funding that’s been far from adequate. The recent implementation of the Fixing America’s Surface Transportation (FAST) Act was a much-needed boost in funding, but shocking new statistics from the DOT have brought into question whether it will be enough to stabilize our crumbling infrastructure.

The DOT’s Bureau of Transportation (BTS) and Federal Highway Administration (FHWA) recently released data forecasting freight growth in the next few decades. The data reveals an extreme rise in freight tonnage and a healthy, vibrant economy.

Taking all transportation modes into account, there are currently 49 million tons of goods valued at more than $53 billion shipped daily. By 2045, those numbers will be closer to 69 million tons shipped per day at a value of $101 billion per day.

With such dramatic growth in freight volume, and most of it traveling on trucks, it begs the question: can U.S.  infrastructure handle it all?

The U.S. ranks 12th worldwide for the health of its infrastructure. We have ignored the state of our roads and bridges for decades and now we are paying the price:

The poor state of infrastructure costs companies and the American people. Highway congestion costs the economy $101 billion a year in wasted time and fuel. Lock delays, port congestion and inefficiencies add billions to the cost of goods, which not only creates a huge cost burden to the American people, it makes American businesses less competitive.

The FAST Act was the first long-term infrastructure funding bill in over a decade, allocating $305 billion in spending for fiscal years 2016 – 2020. This funding was desperately needed but it is far from sufficient to keep up with the degradation of U.S. infrastructure.

The ASCE estimates that $1.7 trillion is needed by 2020 for our surface transportation infrastructure to be sufficiently improved.

The FAST Act was never considered a fix-all solution to America’s infrastructure, but now, considering the funding we actually need by 2020, on top of the explosive growth in freight activity from now until 2045, we truly see how insufficient $305 billion is to fix infrastructure and bring cost savings to American businesses and people.

Bridges will continue to collapse and roads will continue to deteriorate. Consumers and the economy will lose hundreds of billions of dollars every year, and those numbers will grow exponentially as freight volume and traffic grows.

So even after the long-awaited FAST Act, the transportation industry is back where it started, wondering where the next set of funding will come from so that the U.S. economy can move forward unhindered.

Want to avoid transportation disruptions, infrastructure-related or otherwise? Get a free assessment of opportunities in your logistics operations from one of PLS’ transportation experts.