Home » Blog » Automated Trucks are Here: How Should Drivers Prepare?

Automated Trucks are Here: How Should Drivers Prepare? 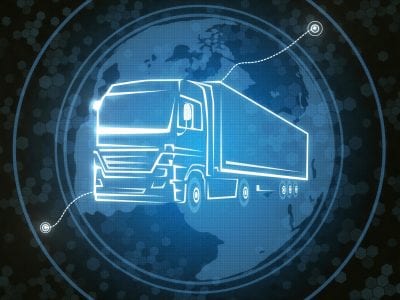 Google founder, Sergey Brin, believes self-driving vehicles will be legal for all US roads by 2017. Some, however, are more skeptical about the launch of automated vehicles. Long hours of testing and significant regulatory changes could take years. But, undeniably, automated vehicles will change the transportation industry in the foreseeable future.

The first self-driving truck, Freightliner Inspiration, hit the road on May 6, 2015. Although the truck drives on the highway and maintains a safe distance from other vehicles on its own, it still requires a human driver to take control during irregular situations – such as heavy snow or unusual obstacles.

Brands like BMW and Volkswagen are working on partly-autonomous cars that scan roads and allow a driver to park the vehicle from a smartphone. This trend is called “connectivity” and shows the reality of a driverless future.

1) Faster delivery and fewer transportation costs
Self-driving cars could operate 24 hours a day. They don’t need down time for sleep or food. They do not need to obey regulations like the HOS rule. Automated trucks keep moving, at optimal speed, which makes transit time significantly shorter. Carriers won’t need to pay a driver salary. Autonomous trucks equal a greater economy of money and time.

3) Safety enhancement
Almost 90% of all large truck crashes in 2012 in the US were caused from driver error. Human factors like fatigue, speeding, texting and alcohol use often lead to fatal consequences. Self-driving vehicles eliminate this risk and could decrease the total number of accidents involving trucks. Read next: 6 Innovative Solutions for Safe Transportation

Even with all the advantages automated trucks will bring, there are also concerns. The worst-case predicted scenario describes a gloomy technological future with a disrupted economy and unnecessary human labor. About 3 million truck drivers could lose their jobs, as well as other industry workers, who would be replaced by automation systems.

The trucking industry still needs to attract new drivers to keep up with consumer demand. Driverless vehicles are a futuristic idea, and will become a reality, one day… but trucks, and its drivers, still deliver goods to the end-user.