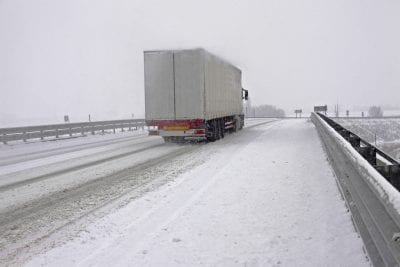 The transportation industry, specifically the trucking sector, is at a crossroads. Threatening conditions loom at a time when several technologies are positioned to disrupt traditional operational processes. It is up to carriers to plan ahead for the future.

After a year of tough weather conditions and tight capacity in 2014, 2015 was a great year for trucking companies. By July 2015, truck tonnage rose to its second highest reading on record and trucking employment reached a nine-year high.

Carriers made improvements in 2015 in an effort to cut costs that have been rising due to driver pay, and now those cost cutting efforts are proving even more profitable as oil prices fall. Carriers saw little to no service reduction as slow industrial production masked the effects of the driver shortage, and there was sufficient capacity to meet demand.

A new highway funding bill, the FAST Act, was passed and addresses the poor state of U.S. infrastructure, which, when fixed, will further boost productivity for carriers who have long suffered inefficiencies from congestion and bad road conditions.

The cost of diesel fell throughout 2015 and provided great benefits for motor carriers. The lower cost of diesel reduced operating costs and allowed carriers to increase their revenue stream. Also, carriers got a short reprieve from strict equipment-related regulations as the low cost of diesel allowed them to delay investing in expensive, fuel-efficient equipment that would not be profitable in the short-term.

However, this short-term thinking can be dangerous for carriers. The transportation faces threats and disruption from things like: the driver shortage, driverless vehicles, the state of infrastructure and the cost of diesel. But, 3D printing might be more disruptive than any of these trends, and all carriers should at least think about what 3D printing could mean for the industry.

The long haul trucker may be a thing of the past. 3D printing’s biggest impact on transportation may be the way it changes what goes into a product and where that product is made.

Usually, manufactured items have dozens or hundreds of parts that are produced and delivered separately, as opposed to 3D printing, where there are generally very few parts that make up a product, reducing the need for transport.

Take for example, the Strati, a car designed by Phoenix-based Local Motors. Typical cars have tens of thousands of parts, but the Strati has fewer than 50. Everything except the motor, transmission, wheels and steering column are 3D printed. Material shipping makes up a large portion of transportation. The ability to manufacture fewer parts significantly reduces the need to move freight.

Not only will 3D printing drive the trend of less component and material shipments, but transportation of materials and products will become more local. With 3D printers, there’s no need to manufacture products across the world; companies will bring manufacturing plants closer to the U.S. Additive manufacturing will boost the rate of near-shoring.

Near-shoring affects transportation, too. Instead of manufactured products entering the U.S. through West Coast ports and then being transported across the country, products come to the U.S. from the south and need to be transported north. Different freight moves could eliminate the need for the long haul trucker who spends two weeks driving across the width of the country, but could also make trucking a more appealing career since drivers wouldn’t have to be on the road as long. Near-shoring, driven by 3D printing, could drastically alter the regular flow of transportation in the U.S.

The Industries Most Affected by 3D Printing

Aerospace and medical equipment are the most affected by 3D printed items. Pharmaceuticals, metals and perishables will be much less affected. Generally, anything low-volume, slow-moving, high-cost and/or customizable will see great benefits from 3D printing. Items that can be manufactured in great quantities cheaply, with no need for customization, will not see much benefit from utilizing 3D printing techniques.

The takeaway for carriers: understand the industries you’re involved in. Transport companies who serve an industry that is likely to be affected by 3-D printing may not need to take action immediately, but it is best to keep this trend in mind going forward, and to be ready for disruption in the transportation industry.